‘There’s a record that came out about called Twilight by John Hegarty here in Ireland and it blew me away. I love that record and that singer’. Glen Hansard

“…..a pop force to be reckoned who mines from the motherlode of Bacharach, Big Star and The Beatles, channelling them into such bright, upbeat songs as Such a Thrill, The Sound and Let Love In…” The Irish Times

“….with a wonderful collection of gentle, sun-soaked songs, Hegarty supported Canadian stalwarts Patrick Watson in what was a brilliantly rousing show in Dublin’s Sugar Club …” The Irish Daily Star 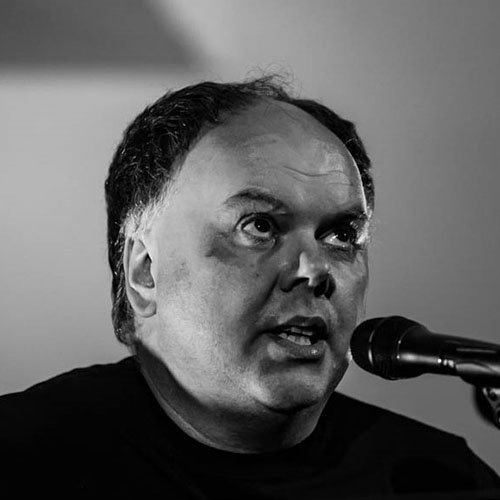 Rollercoaster Records are delighted that are our next release ,Catalogue Number RCR014 will be a Remastered, Vinyl Gatefold Edition of Twilight by John Hegarty. Twilight was originally released by Independent Records in 2000 and we are delighted to help one of the great Irish records get a deserved release on Vinyl.

John Hegarty launched the Twilight Vinly album in April with a show in the Medieval Mile Museum in Kilkenny with Mary Barnecutt on Cello, Mary McCague on Violin and John Fogarty on Traditional Box as part of the April Sounds Series of Concerts.

John Hegarty is a gifted songwriter who has released three albums, Twilight in 2000, Guiding Light in 2007 and Great Unknown in 2015 which gained glowing reviews from Hot Press, The Irish Times, The Irish Daily Star and the Dublin Event Guide. Hegarty featured in the first season of Other Voices and his song ‘Limerick’ was featured on the Other Voices: Songs from a Room album. In the second season of Other Voices Glen Hansard covered ‘Limerick’ for his appearance on the show.

An accomplished arranger and multi-instrumentalist, Hegarty has been working in the Dublin music scene for the last 20 years and has guested on 16 albums playing guitar, piano, bass and organ. He has featured the Choice Prize winning Adrian Crowley album Season of Sparks and Cian Nugent’s critically acclaimed album, Born with the Caul where the Independent added a ‘special word for the organ-playing of John Hegarty, which is understated and beguiling’.Twilight was initially recorded in Dublin and was completed in Bob Lamb’s Studio in King’s Heath, Birmingham. The album was produced by Bob Lamb who previously worked with UB40 and The Lilac Time and Birmingham songwriter, Mickey Greaney. Twilight incoporates the talents of twenty Irish and English musicians including Kenneth Rice, Kevin Murphy, Declan Herbert, El Byrne, Lisa Mallet, Pooka, Martin Riley and Martin Furey. 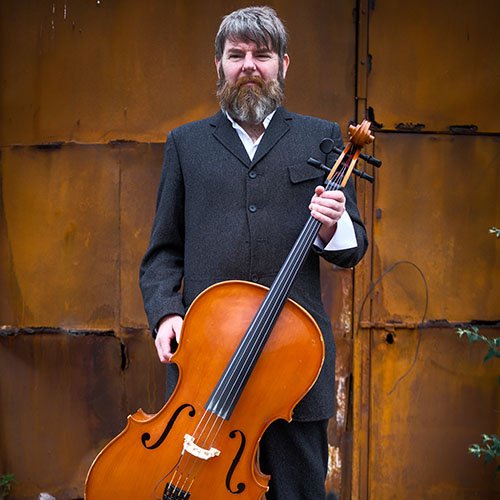 Blind Stitch is a project which features the music of Kevin Murphy, a celebrated cellist, multi-instrumentalist, composer and songwriter from Cork Ireland. He is also a founding member of critically acclaimed Irish experimental bands Slow Moving Clouds and Seti The First. Blind Stitch is due to release its debut album – The Emperor’s Lung in July 2022.

He has also featured as a guest musician with many Irish and international artists such as The National, Bon Iver, Jenny Lewis, Lisa Hannigan, Gavin Friday, Rick Danko Seamus Fogarty, Adrian Crowley and Dave Gahan of Depeche Mode. He has also collaborated with Irish traditional and folk musicians such as John Spillane, Cathy Jordan, Phil Callery Cormac Breathnach, and Ger Wolfe in live settings and on recordings. His band Seti The First co-wrote two songs on The Waterboys 2017 album Out Of All This Blue. He also participates in the People collective spearheaded by Justin Vernon (Bon Iver) and Bryce and Aaron Dessner (The National). This has resulted in collaborations with the above artists and others in festivals across Europe in recent years including the Funkhaus in Berlin 2018 and Sounds from a Safe Harbour Cork in 2017 and 2019.

This website uses cookies to improve your experience while you navigate through the website. Out of these, the cookies that are categorized as necessary are stored on your browser as they are essential for the working of basic functionalities of the website. We also use third-party cookies that help us analyze and understand how you use this website. These cookies will be stored in your browser only with your consent. You also have the option to opt-out of these cookies. But opting out of some of these cookies may affect your browsing experience.
Necessary Always Enabled
Necessary cookies are absolutely essential for the website to function properly. These cookies ensure basic functionalities and security features of the website, anonymously.
Functional
Functional cookies help to perform certain functionalities like sharing the content of the website on social media platforms, collect feedbacks, and other third-party features.
Performance
Performance cookies are used to understand and analyze the key performance indexes of the website which helps in delivering a better user experience for the visitors.
Analytics
Analytical cookies are used to understand how visitors interact with the website. These cookies help provide information on metrics the number of visitors, bounce rate, traffic source, etc.
Advertisement
Advertisement cookies are used to provide visitors with relevant ads and marketing campaigns. These cookies track visitors across websites and collect information to provide customized ads.
Others
Other uncategorized cookies are those that are being analyzed and have not been classified into a category as yet.
SAVE & ACCEPT